The RxA Trusted Partners in Health Conference targets therapeutic and practical topics that focus on the latest evidence and new drug therapies. It is designed to equip pharmacists with timely, relevant and unbiased information. Armed with this knowledge, you will be able to improve your clinical expertise and better provide patient care.

Dr. Michael Houghton was the Canada Excellence Research Chair in Virology from 2010-2018 and is the Li Ka Shing Professor of Virology at the University of Alberta where he is also the Director of the Li Ka Shing Applied Virology Institute. He was jointly named the 2020 Nobel Prize winner in Physiology or Medicine along with Harvey J. Alter and Charles M. Rice in recognition of the discovery of the hepatitis C (HCV) virus. His research in the field of viral hepatitis has led to improved blood safety and hepatitis C treatment to the point where the viral infection can now be cured in virtually all patients. He has also been working on an HCV vaccine for the last 30 years in the US & Canada Born in the United Kingdom, Houghton graduated from the University of East Anglia with a BSc in biological sciences in 1972 and subsequently completed his PhD in biochemistry at King's College, University of London in 1977. Houghton joined G. D. Searle & Company in the UK studying human interferon genes before moving to Chiron Corporation in 1982 where, together with colleagues Qui-Lim Choo and George Kuo, and Daniel W. Bradley from the Centers for Disease Control and Prevention, they first discovered HCV in 1989. Houghton was co-author of a series of seminal studies published in 1989 and 1990 that identified hepatitis C antibodies in blood, particularly among patients at higher risk of contracting the disease, including those who had received blood transfusions. This work led to the development of a blood screening test in 1990; widespread blood screening that began in 1992 with the development of a more sensitive test has since virtually eliminated hepatitis C contamination of donated blood supplies in Canada and around the world. Houghton was recruited to the University of Alberta in 2010 as the Canada Excellence Research Chair in Virology in the Li Ka Shing Institute of Virology. In 2013, Houghton's team at the University of Alberta showed that a vaccine derived from a single strain of Hepatitis C could prevent infection of cell cultures by most global strains of the virus.

Dr. Christine Hughes graduated with a Bachelor of Science in Pharmacy from the University of Alberta, then completed her Doctor of Pharmacy degree at the University of British Columbia. Dr. Hughes is currently a Professor in the Faculty of Pharmacy and Pharmaceutical Sciences at the University of Alberta.  She also holds an appointment with the Northern Alberta Program as a Clinical Pharmacist, providing care for patients living with HIV as well as hepatitis C. Her research interests include HIV treatment and prevention, community pharmacists' extended roles particularly related to prevention, screening, and treatment of sexually-transmitted and blood-borne infections, including hepatitis C.

David Green has been a Police Officer with the Edmonton Police Service for 18 years.  Detective Green has worked in various areas; however, he is currently working in Robbery Section.  The primary role of Robbery Section is the investigation of commercial robberies, which includes robberies of pharmacies, among other business types.  Along with the responsibilities of investigations, is the task of education in current robbery trends and best practices for companies moving forward.

Jill Hall received her BScPharm from the University of Alberta in 2001, completed a pharmacy practice residency in London, ON, and subsequently received her PharmD from the University of Toronto in 2012. She currently works and the Faculty of Pharmacy and Pharmaceutical Sciences at the University of Alberta. As a part of her appointment, Jill also practices as a pharmacist in the rheumatology clinic providing care in a unique practice model where she routinely uses her additional prescribing authority (APA) to manage patients with inflammatory arthritis.

Joel Lamoure is a pharmacist with specialties and practice experience in mental health, neuro-surgical ICU and immunological practices. He has served as a researcher, inspector, scientist, professor, and diplomat with a variety of organizations both nationally and internationally. Joel has published dozens of professional articles in the areas of immunology and mental health over the past 15 years. Over the course of 30 years of practice in community and hospital environments, he has won several pharmacy and medical awards, including the Innovation Award from the Royal College of Physicians and Surgeons in 2014. Joel currently serves as a telepharmacist with Northwest Telepharmacy Solutions and enjoys challenging clinical cases, antiquity research and acquisition, fishing, and mellow mental health activities.

Sheri Koshman is an Associate Professor of Medicine with the Division of Cardiology at the University of Alberta, in Edmonton.  She practices in the Cardiac EASE and Heart Function Clinics at the Mazankowski Alberta Heart Institute. She is the lead of the first Advanced Pharmacy Residency Cardiology program in Canada. Dr. Koshman is a member of the Canadian Cardiovascular Heart Failure Guidelines Committee and the Alberta Health Services Strategic Clinical Network Heart Failure Working Group and is a co-developer of the Med-HF App, a heart failure app aimed at helping frontline practitioners manage heart failure medications. She was one of the first 15 pharmacists to be awarded independent prescribing rights in Canada.

Nese Yuksel is currently a Professor with the Faculty of Pharmacy and Pharmaceutical Sciences at the University of Alberta. She also holds a cross-appointment with Alberta Health Services and practices in the Menopause Clinic at the Lois Hole Hospital for Women and the Multidisciplinary Bone Health Clinic at the University of Alberta Hospital. Additionally, she is a NAMS Certified Menopause Practitioner (NCMP). Her research goals include bridging her interests in women’s health, osteoporosis and practice-based research to develop innovative techniques to enhance patient care.

Cora Constantinescu practices pediatric infectious diseases at the Alberta Children’s hospital in Calgary. She loves all things vaccines: from seeing vaccine-hesitant patients in the clinic to reviewing immunization reaction cases as part of vaccine surveillance and doing research on vaccine safety and factors affecting vaccination hesitancy and behaviour. She is part of the 19tozero team and continues to be an advocate for vaccines at a local and national level. 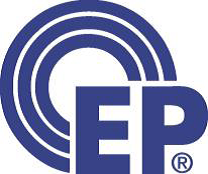